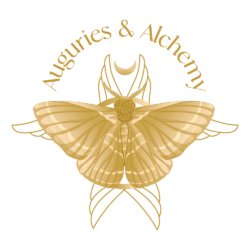 He who is in possession of such sacred secrets controls the earth. We gather under the forces of the Universe with reverence to the evolution of soul. It is in this hour we offer our sacrifice.”

Mercy Stone comes from a long line of Blood Moon witches and, as such, is no stranger to coexisting alongside life’s great mysteries. However, nothing could prepare her for the journey that awaits her following a fateful encounter with an enigmatic White Crow.

Haunted by visions of a past life and the discovery of a gruesome family talisman, Mercy is led away from the hollows of Appalachia to New Orleans in search of answers. What she finds instead is a group of hermetic elites consumed by their lust for power, and they’re standing in the way of her divine quest for Truth.

But Mercy is not alone. Along her path, Mercy re-encounters the magical beings she has known across her many lifetimes since time immemorial, including King Solomon, the Battle Crows of Carpathia and the Devil himself. In a battle for her soul, and the soul of humanity, Mercy must call upon the greatest powers in existence, decide who she can trust, and travel to the furthest ends of the cosmos.

For Mercy the return is only the beginning

This book can also be purchased from your local bookstores like:
Bookshop.org
Barnesandnoble.com

Mercey’s Quest – The Return is also available for purchase on Amazon.

5 reviews for Mercy’s Quest – The Return